The Constantin Caratheodory Prize of the International Society of Global Optimization is awarded bi-annually to an individual (or a group) for fundamental contributions to theory, algorithms, and applications of global optimization. The Prize named after mathematician Constantin Caratheodory is awarded for outstanding work that reflects contributions that have stood the test of time. The criteria include scientific excellence, innovation, significance, depth, and impact. The winner will receive a certificate with an award of $2,000 and deliver a plenary lecture.

The Constantin Caratheodory Prize was established by the International Society of Global Optimization in 2011, and was first awarded at the Second World Congress on Global Optimization, held in Chania, Greece during July 3-7, 2011.

Nominations should be sent to the Chair of the Selection Committee. In each nomination letter only one person can be nominated. The deadline for nominations is March, 15, 2021. 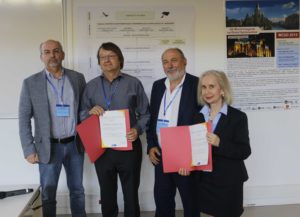 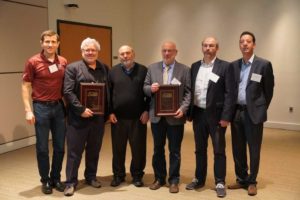 2011 Award (Sponsored by University of Florida)
Hoang Tuy, Institute of Mathematics of the Vietnamese Academy of Science and Technology,

The Young Researcher Prize of the International Society of Global Optimization is granted to researchers demonstrating outstanding research performance. The award aims to inspire early stage researchers (received their PhD degrees within five years) to incorporate theory, algorithms, and applications of global optimization into their PhD thesis and research. The Award is granted biannually at the WCGO where the recipients will present their work.The Award consists of a Certificate and a part of the award will be monetary in the form of a travel and accommodation grant for attending the World Congress of Global Optimization. All nominations received will be considered by, and voted upon, by the ISoGO Prize Committee.

The ISoGO Student Paper Prizes are awarded biannually to the student author(s) of the most outstanding paper(s) submitted to the WCGO. This award is based solely on the merit and content of the students contribution to the submitted paper. The purpose of the Student Paper Prizes is to recognize outstanding scholarship by students in global optimization. Eligibility is restricted to students in good standing who do not yet hold the degree of PhD before the WCGO. Papers entered in the competition must be presented at the WCGO. Each recipient of the ISoGO Student Paper Prize shall receive a certificate and reimbursement of up to $500 toward travel expenses for attending WCGO.

The iSoGO regrets to report that Professor Hoang Tuy passed away on July, 14 2019